A few weeks ago I posted about the new nail polish colors for Fall, as I was doing my research and after a quick trip to Sephora, I saw so fun nail polish colors that I ended up buying almost all of them and now I want to share them with you! 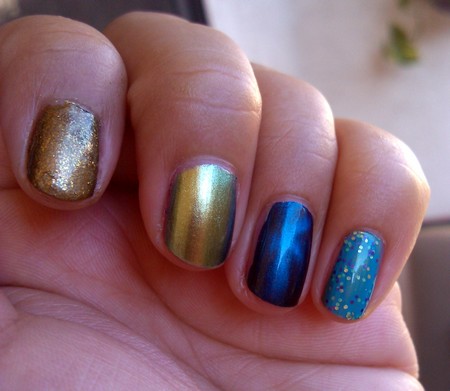 When Magnetic Polish was first introduced I liked it so much I bought two out of the three colors they introduced (Magnetic Polish by Nails, Inc.) and even made a video about it. While the original magnet style is still available, the new ones promise a Fishnet and Star style.

In both cases I wasn’t impressed with the results, on the photo above you can barely see the star effect and that took several tries. The Fishnet was even worse. In this case, I wouldn’t recommend it, but if you buy them, keep the receipt!

This one I liked, the Sprinkles are glitter in two different colors with a light base color. In this case I bought the blue one and in the following photo you can see several ways I’m wearing it. On the index finger I added one coat over a neutral background. On my middle finger I added one coat over a dark background. My ring finger has two coats of Sprinkles, while the pinkie has one coat. 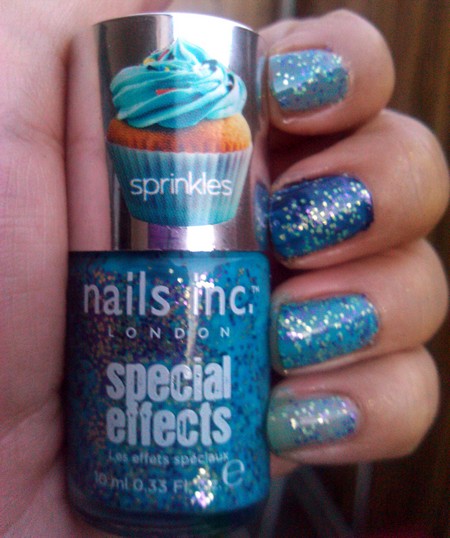 This is my favorite! The Mirror effect is so versatile! During the holiday season its reminiscent of shiny Christmas tree spheres and during the summer its a fun light color. 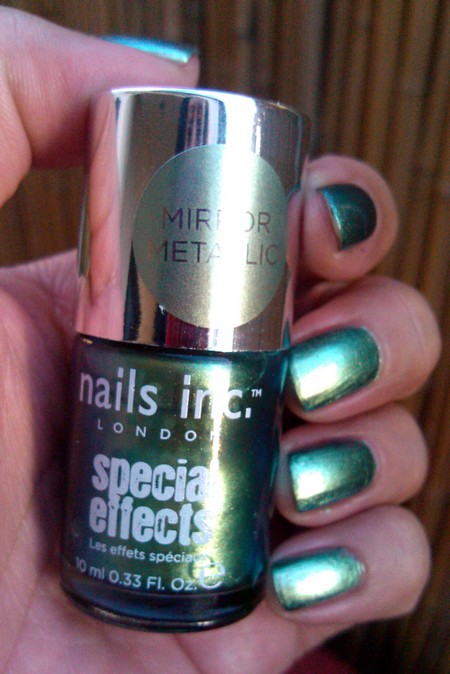 I previously wrote about Ciate’s Caviar Manicure, which I still love, though I only use it for special occasions. When it comes to the Velvet Manicure, I’m not sure how to feel about it.

Online it received bad to mediocre reviews, but decided to try it anyway. Overall I liked the effect, though I deviated from the instructions and instead of sprinkling the velvet over my nails I dipped my nails inside the little jar to give them a better coat. The effect lasted 4 days and maybe more, but I took it off to try out the other polishes I mentioned above.

While I was testing the Velvet Manicure, I did my normal daily routine and even washed dishes without gloves, never noticed the velvet falling all over the place. One thing I did notice was that, like velvet, my nails were a magnet for lint!

What makes me feel iffy about it? Nobody noticed it!! What’s the point of spending almost $20 on something nobody notices? What people could see was a matte dark nail polish color, I had to make them admire my nails! It was the complete opposite reaction I received with the Caviar Manicure.

But I can’t complain too much, since I decided to keep it.

This entry was posted by Style Bust on September 27, 2012 at 1:21 am, and is filed under Latest Beauty Products. Follow any responses to this post through RSS 2.0.Both comments and pings are currently closed.