The White Stripes Announce Break Up 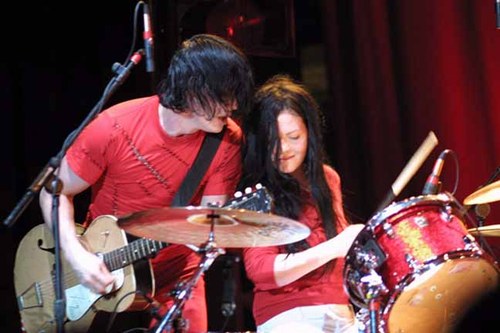 Have you ever felt like your just in an inspirational rut?  I have sat here the past couple days thinking, there is nothing in the music industry going on right now that’s worth writing about.  Reading on Twitter five minutes ago that the White Stripes are done touring and making new music was just the thing to rock my world.  I am not ok with this.  I sort of feel like I just lost my best friend!  But the magical thing about music is that it lives on forever.  The band says there are “myriad of reasons” for the breakup, but the main reason is to “preserve what is beautiful and special about the band.”

The White Stripes are made up of Jack White and his ex wife Meg White.  The White Stripes are certainly not a household name like Oasis or Radiohead, but they should be.  Meg has never taken a drum lesson and her minimalistic style has drawn some criticism.  For me, its hard to take my eyes off the duo.  Both are incredible musicians.  Each of their last three albums won Grammy’s for Best Alternative Music Album.  The bands most successful single is “Seven Nation Army” and that won a Grammy in 2004 for “Best Rock Song.”

To try to put into words the artistry behind this talented duo would completely understate everything that I actually feel about their music.  So with that being said I have included a video of their 2004 Grammy performance  I think the video speaks for itself and shows everything that is “beautiful and special about the band.”

This entry was posted by Style Bust on February 3, 2011 at 7:00 am, and is filed under Trending Music. Follow any responses to this post through RSS 2.0.Both comments and pings are currently closed.