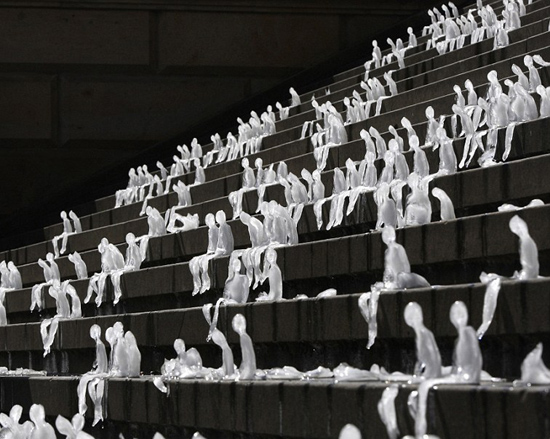 This story isn’t new, but I was thrilled to come across it and thought it was worth sharing here.

Last year, Brazilian artist and environmentalist Nele Azevedo created an art project called ‘Melting Men’. This project was meant to draw to the World Wildlife Fund’s warning, that melting ice caps could cause sea-levels to rise more than 3.3 ft by the year 2100. Azevedo’s ‘Melting Men’ consisted of 1,000 man figurines carved out of ice that were then intricately placed on the steps to the Concert Hall in Berlin’s Gendarmen Market Square. Since it’s summer in Berlin, with temperatures well into 70-83 degrees, the ice carved man figurines began to melt within 30 minutes. 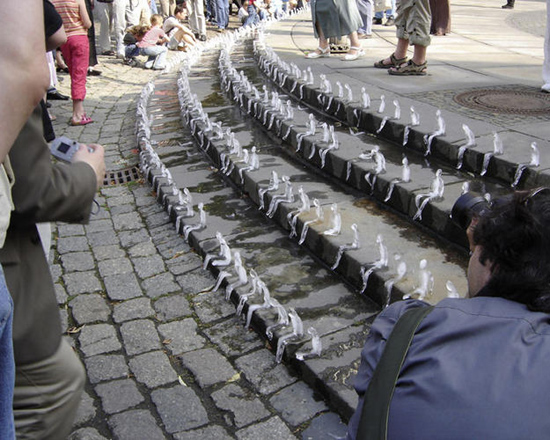 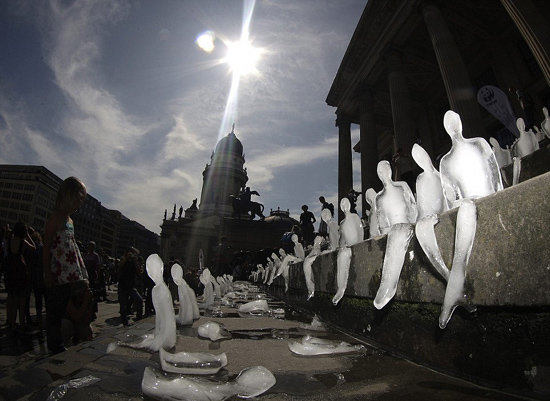 Watch this video about the project to learn more. And please, spread the word about this project, Nele Azevedo deserves the credit.

This entry was posted by Style Bust on August 24, 2010 at 9:00 am, and is filed under Selective Lifestyle Trends. Follow any responses to this post through RSS 2.0.Both comments and pings are currently closed.