The ‘Tights as Pants’ Debate.

Shall we define what “tights” are? We must in order to settle this issue because many people have different ideas on what the true definition of this infamous clothing article entails. By definition, tights are of clothing that cover from the waist to the ankles and can be either sheer or opaque. They are pant-like in nature yet are traditionally covered by skirts, shorts, or dresses. Traditionally they are worn under other garments but there is a trend that is sweeping the world and has sparked controversy wherever its been spotted in action…

Tights as pants. No covers, just a shirt and some tights.

Let me start off by saying that I have been wearing LEGGINGS as pants since I discovered that skinny jeans will never quite fit my body right (I am too short and my hips are too wide for the sizes that are available). The difference is that my tights (or leggings, whatever) of choice have always been opaque and thick in nature (American Apparel knows how to make them right). Typically leggings are also footless, where as tights have feet but this is not always the case. At first I was appalled at the idea of someone wearing shear tights, A.K.A pantyhose, as pants in public but through further investigation I find that when done tastefully… it really isn’t so bad.

But when it is done wrong, boy is it wrong. Exhibit B.

So should tights be worn as pants? I believe it should be judged on a case-by-case basis. I personally follow one key trick: the underwear check. If my panties are on display, then I say “no way!”. Some people are a little less inhibited than that and who is to say that they cant put the drawers out for everyone to see as long as the nether regions are covered?

But like every trend, there has been incredible backlash. Statements, blogs, and even websites have been dedicated to the ending of this trend. If you ask me, the effort put into all of this is a little too much (the energy should be redirected into banning crocs). But people are outraged and where this is outrage, there is an internet source to support it.

Leggings, tights, pants, or whatever you choose to cover your booty up with… its your business. As long as the person is comfortable, that is all that matters. I for one would rather see someone wearing tights as pants than see someone covering up calf length tights with a medium length skirt (so unflattering), but that’s just me. So to settle this debate, I say to each their own! And if you don’t like the trend then keep wearing your denim or corduroy or whatever and let it die out like every trend before it 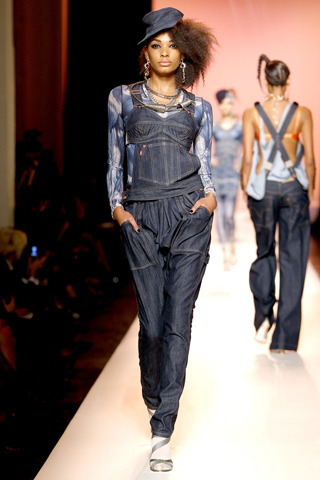 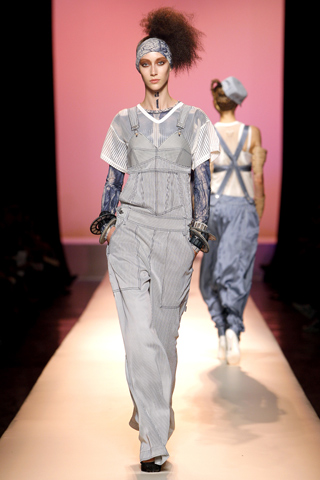 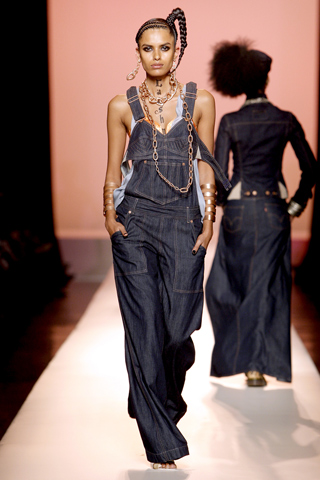 Many fashion-forward overalls showed up on the runways for Spring 2010; leather, suede and silk from Ralph Lauren, Chloe and Altuzarra, but my absolute favorite catwalk comeback was the urban take on the trend by Jean Paul Gaultier. He took the infamous 1990s look and put an updated, edgy and versatile spin on it for an outcome that gives the jumpsuit a run for its money.

The Most Expensive Jeans in the World 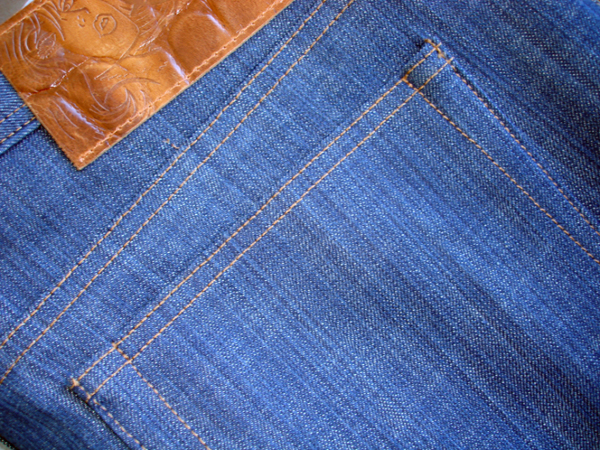 The Hank-Dyed line from Naked & Famous is the most expensive denim in the world at $777 a pair. So far, thirty-seven pairs have been produced. Each one is signed and numbered. Every step of the production process is done by hand. The Hank-Dyed line will be available soon at Barneys.

Naked & Famous Denim uses only the most unique and rare denim fabrics from Japan. The prestigious mill in Japan, from which they import all their fabric, is committed to producing only the best (and most expensive) denim in the world. Throughout each step in denim production (weaving, dyeing, finishing) the mill uses a combination of old school and modern methods and practices. So much culture and history is poured into the fabric so that it can be appreciated by the denim purist. 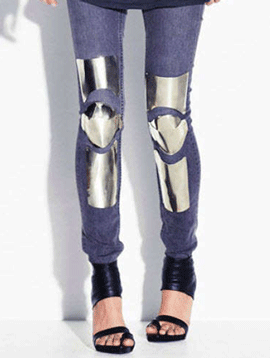 The jeans have polished plates on the thighs, knees and shins while jackets have plates on the shoulders and elbows. The outstanding question…how do you wash them?