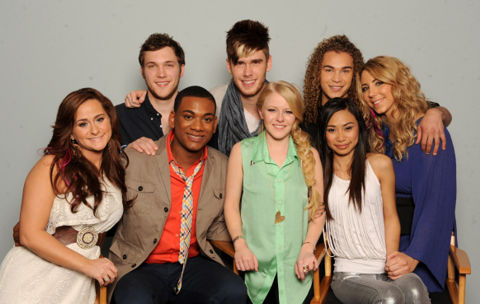 Many of the contestants took their performances to another level this week with songs from the 80’s.  The mentor was Gwen Stefani and did she look phenomenal, or what? My dear lord.  Her and her bassist, and Tony Kanal were an awesome addition to the show. They had some great ideas when it came to the arrangement and they were just super cool.  Here’s the breakdown on the performances this week:

DeAndre Brackensick – Yes, yes, yes.  First song by him that I actually enjoyed from beginning to end.   He covered Debarge’s ‘I Like It.’  A little raspy and low in sections and then he pulled out the falsetto in all the right places.  The performance should have been tolerable even for people that generally don’t like him.

Elise Testone – I really wanted to hear her version of ‘Hallelujah.’  I think it would have been sick.  We are so used to that song sounding angelic & soft but she could have made it into an awesome rock song with her style.  Instead she did Foreigner’s ‘I Want to Know What Love I'” & I think it was slow from the start and hard to get into.  The only thing remotely rememberable about the performance was the little run at the end, but even that is not comparable to what the other contestants accomplished this week.  Elise is always going to be fighting an uphill battle to get votes.  She has got to bring it every week to make it through.  I’m thinking this one just wasn’t enough.

Phillip Phillips – ‘That’s All’ by Genesis has such a cool vibe to it.  I thought the brother in law on guitar was a nice touch.  I have some concerns that he is doing the same thing week after week.  It’s not a bad thing, I like him and I won’t get sick of him ever.  He’s one of the only contestants that has a clear cut direction, and knows who he is as an artist.  But his style is most likely not the best fit for American Idol and his time is more limited than what I want to even think about.  I highly doubt he will be leaving the show this week but I have a hunch that he will be encouraged to reach out of his element on next weeks performance to garner support from the masses.  Now, if he will listen, who knows?  He’s hell bent on staying true to himself, which is great but what would be even better if the show and him could find some happy medium.

Joshua Ledet performed Simply Red’s, ‘If You Don’t Know Me By Now’ and sadly all I can think about is this has already been done before.  He does so many traditional songs and unfortunately because of all the music competition shows there are certain songs I don’t need or want to hear anymore.  This happened to be one of them.  Stefano Langone just did this last season on American Idol.  Which even though Joshua’s performance completely out-shined and exceeded anything Stefano did last season, I’m distracted by the past.  It’s such a petty thing to complain about but my point is… it’s been done.  I can’t sit here and deny his talent but I do not get excited by him.  There is something missing for me.  The power in his voice is all there but I want more ‘wow’ moments from him like his ‘When A Man Loves A Woman’ performance. 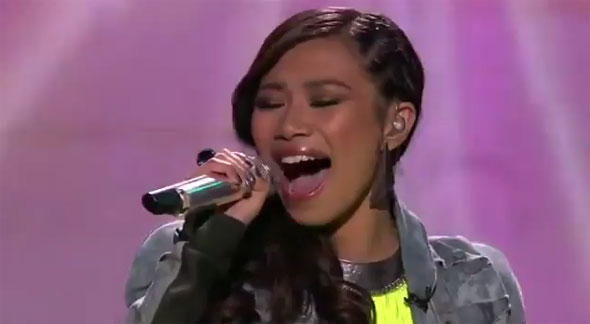 Jessica Sanchez – This girl and her alter ego talk about puts me over the edge.  But she has such a big voice and performs so well.  So, if she insists on accrediting her stage presence to her alter ego, I will just have to deal with it.  She did the uptempo ‘I Wanna Know’ by Whitney Houston.  Personally I appreciated the change of pace from last week.  Definitely not her strongest performance but the constant praise from the judges should put her through to next week.  It’s tough for the girls because viewers tend to vote for the guys but I’m really hoping the girls get to stick around this season because the ones that are left are pretty darn good.

Hollie Cavanagh – I wished for something like this performance, a little more movement, energy, some excitement.  She performed ‘Flashdance (What A Feeling)’ by Irene Cara.  I have a hard time criticizing her because she is putting in the effort.  I guess it just seemed so forced.  I hope she just gets some sympathy votes because the girl is trying.  If she is the one voted out I have a feeling the judges would use their save on her.  She has potential, definitely the biggest voice in the competition and deserves to hang around.

Colton Dixon – ‘Time After Time’ by Cyndi Lauper seems like an odd pairing but it worked.  The harmonies between him and Gwen during rehearsal were to die for, I wanted more of that.  Truly the minute they announced what he was performing, I knew it was going to be in the direction of Quietdrive.  Their cover is definitely worth checking out here.  It used to be one of my favorites.  I also thought it was cool that he credited the band for being his inspiration on the song.  Very cool, I dug the arrangement and it’s one of my favorite performances from Colton. 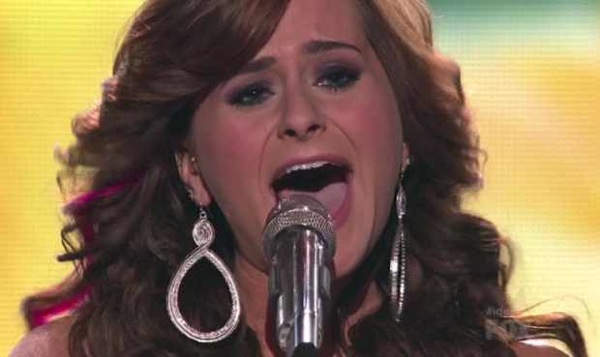 Skylar Laine decided it’s power ballad time and performed ‘Wind Beneath My Wings’ by Bette Midler.  I think this was perfect timing for a ballad.  I think her high energy was getting just a tiny bit overwhelming the past couple weeks so slowing it down was smart, really great song choice.  I thought it was captivating beginning to end.  It showed her vocal range, it was excellent.

The highlights this week have got to be the duets.  I enjoyed each and every one of them, I think they showcased the contestants talent, not to mention they were entertaining.  The contestants seem much more relaxed, which doesn’t make a lot of sense to me because the viewers at home at this point are judging their every move.  Stand out solo performances  I would say; Joshua (even though I really didn’t dig it) and Skylar.  My prediction of the bottom three is Hollie, Elise, & DeAndre.  I think Phillip is a possibility for bottom three this week, but I’m having a hard time uttering the words (but it’s bound to happen sometime).  If you’re going to watch anything from 80’s week just check out the duets, they are pretty darn rocking.

This entry was posted by Style Bust on April 5, 2012 at 8:37 am, and is filed under Trending Music. Follow any responses to this post through RSS 2.0.Both comments and pings are currently closed.