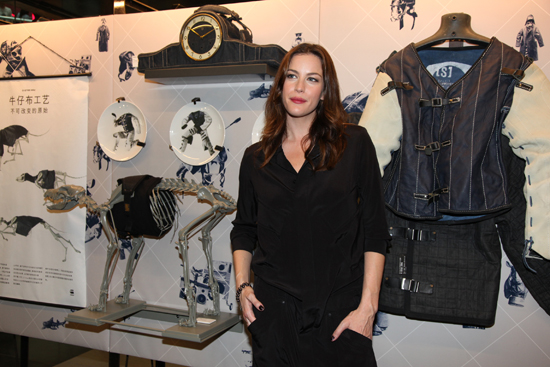 Actress Liv Tyler is the new face of urban, street-wear brand G-Star. Liv’s duty as brand ambassador has taken her to Shanghai to welcome the temporary pop-up gallery called the G-Star RAW Gallery to the 2010 Shanghai World Expo. This is a momentous event for G-Star as this year’s World Expo is expected to be the largest to date with more than 190 countries represented, and an expected attendance of over 70 million visitors.

The G-Star RAW Gallery is a glass pavilion which houses a presentation of the lines: Raw Essentials, the Liv Tyler inspired Low-T, and the proprietary Arc denim styles. G-Star took this opportunity to showcase their signature craftsmanship by producing custom-made tool jackets and traditional Chinese dresses, which were made exclusively out of denim (shown below). 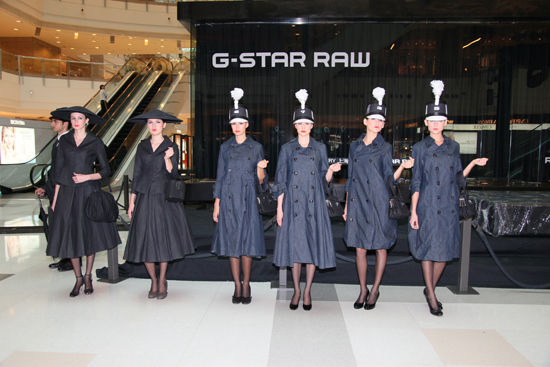 Previously, the G-Star RAW Gallery has appeared at Tokyo Design Week 2008 and 2009 (during the World Expo) and made an appearance at this year’s Pitti Immagine Uomo.

This entry was posted by Style Bust on June 24, 2010 at 9:00 am, and is filed under Branding & Ads. Follow any responses to this post through RSS 2.0.Both comments and pings are currently closed.